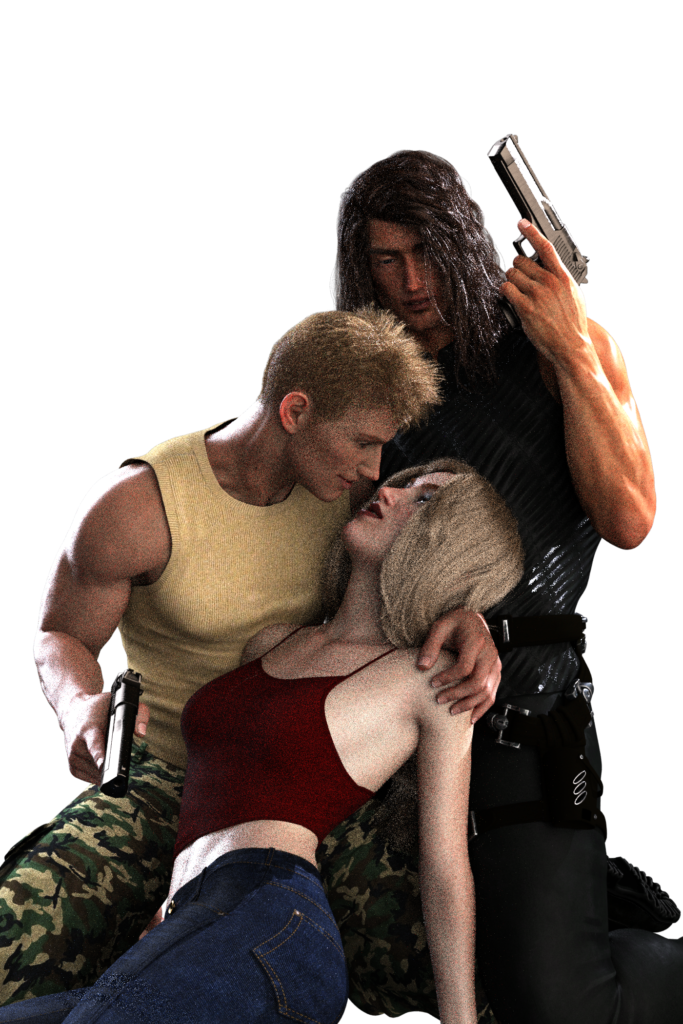 A brief interview with Nick, Chase, and Emelia.

Nick: I enjoy a good comedy. The Deadpool movies are pretty good. I like Zombieland — and that’s got a sequel coming out this year, right? Zombie movies are fun.

Emelia: (Laughs) You never watch anything with zombies. You liked Zombieland. That’s it. You bitch every time Chase or I want to watch The Walking Dead.

Nick: The Walking Dead is depressing, and I haven’t been into that show since that old farmer guy died.

Chase: I still watch it but yeah, I’ll give you that. Hershel’s loss was one we never got over.

Nick: But for me? Comedies. The Big Lebowski. Bridesmaids. The Hangover movies.

Chase: I like a good spy or espionage flick now and again. I like the James Bond movies, even the old ones when you catch them on.

Chase: (Blows out an exhale) Yeah, right. I watch Dateline when I can’t sleep at night. What else is on?

Emelia: We have Amazon Prime, Netflix, Hulu… so like a million other things honestly.

Chase: You think? For two years, you thought Tywin Lannister and Stannis Baratheon were the same dude.

Chase: (laughs with Emelia) For me, anything but historical movies or chick flicks. Those are her arena.

Emelia: (rolls her eyes) I watch things besides chick flicks.

Emelia: I loved Creed 2. And the first one.

Chase: Because you think that Creed guy is cute.

Emelia: Michael B. Jordan is beautiful.

Emelia: Game of Thrones hardly qualifies as a chick flick.

Chase: You like the guy who got his hand chopped off.

Emelia: Jaime Lannister is beautiful. (Shakes her head at her two guys grumbling) I also like the Great British Baking Show, Stranger Things. Oh, and I like True Detective.

Nick: Do you even know what that is?

Emelia: Yeah, I mean, I’ve just finished the first season with Woody Harrelson and Matthew McConaughey. That was really good.

Nick: The second season was good too.

Chase: They did more?

Emelia: There’s a third season too.

Nick: We should watch it. I’ll re-watch what I’ve seen.

Chase: Sounds good to me.

Emelia: Sounds like a date. Wait, weren’t we supposed to be talking about movies though?